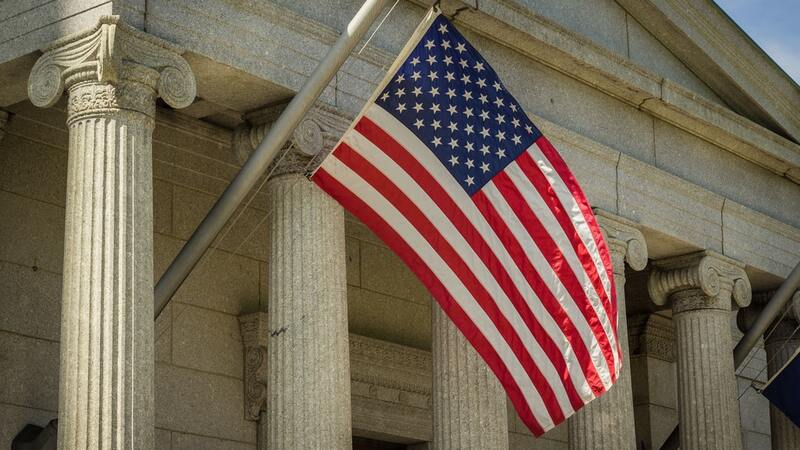 USA flag by Bonnie Kittle is licensed under Unsplash unsplash.com
A group of 16 people filed a lawsuit against the City of Boston, Mayor Michelle Wu, the Boston Public Health Commission and its executive director Bisola Ojikutu, requesting $6 million per plaintiff in damages caused by the city’s indoor vaccine mandate.

The lawsuit was filed by attorney Richard Chambers Jr. hours before Wu announced the end of the B Together initiative on Feb. 18, which required people to prove their vaccination status before entering various indoor locations in the city in an effort to drive up vaccination rates.

The lawsuit’s plaintiffs expressed emotional distress including “embarrassment, humiliation and mental anguish” after being turned away from several local businesses as a result of the mandate.

One plaintiff, who owns a gym, reported an approximate 30% decline in business once the initiative began, while another plaintiff complained of an assault in a store “relative to COVID-19 restrictions.”

The lawsuit was funded by a group called Make Americans Free Again, which aims to “free Americans from government tyranny,” according to its website. The group plans to work with many other states to end vaccine and mask mandates.

“Our lawsuit asks the court to find that the statutes which were relied upon to issue the orders are unconstitutional and invalid because they are broad and ambiguous,” the press release stated. “In other words, we are asking the court to ensure that this illegal activity can never take place again!”

Chambers said he received many complaints from the public on the vaccine mandate before taking the case.

“I’m still getting calls from people who want to be added,” Chambers said.

“He weighed the interest of the citizens versus a contagious virus,” Chambers said. “But what the mayor did, the governor had already lifted the mandate … I think [Wu] exceeded her authority because it was already lifted statewide.”

Wendy Parmet, a professor of law at Northeastern University, explained that recent rulings make it more difficult to predict the outcome of this case.

“Claims that were just ludicrous a few years ago, sometimes, get far these days,” Parmet said.  “It’s hard to know what’s happening because the landscape is shifting.”

Parmet noted that legal precedents established by Massachusetts Supreme Judicial Court and the United States Supreme Court have upheld that states have the authority to mandate vaccines.

“These plaintiffs are going to have a rough road ahead, especially in this jurisdiction given the precedent here,” she said. “But again, I will never say never.”

Parmet said she believes the plaintiffs may have a difficult time showing how the mandate affected their mental health in court.

“There are issues that could be raised but just ‘I don’t like the vaccine mandate’ probably isn’t going to do it,” she said. “The devil is in the details. It always is in these kinds of cases.”

According to the docket, $5 million should be awarded in punitive damages to each plaintiff with an additional $1 million for compensatory damages.

Chambers said his plaintiffs did not join the case for the money.

“Initially, we would have been asking for an injunction to prevent [the mandate],” Chambers said. “The reason we’re not gonna drop it at this point is because we’re looking for a declaratory judgment from the court saying [Wu] doesn’t have the authority to do this again.”

The City of Boston Mayor’s Office, Boston Public Health Commission and the U.S. District Court declined to comment due to the pending litigation.

Chambers described the case as not an anti-vaccine issue but rather as a “pro-constitution, anti-mandate” issue.

“They shouldn’t be stereotyped as anti-vaxxers, per se,” Chambers said. “It’s just citizens that were really, really upset by the mayor of Boston saying ‘you need to do that.’”
USA flag by Bonnie Kittle is licensed under Unsplash unsplash.com