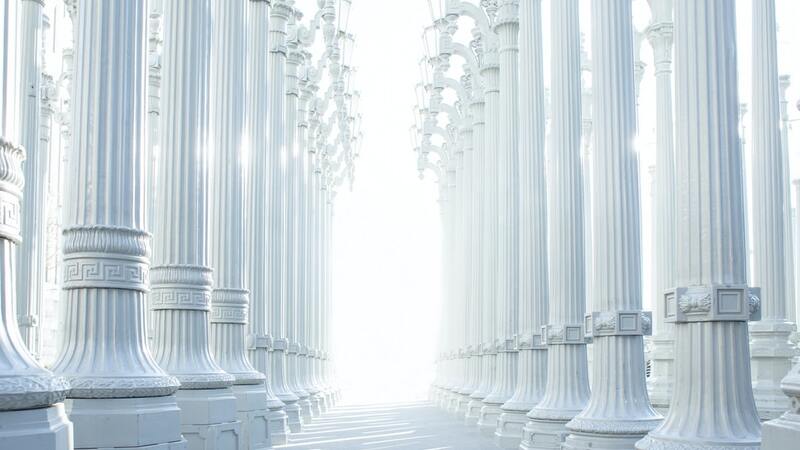 Giant white pillars by Chris Brignola is licensed under Unsplash unsplash.com
Thomas O’Brien, managing director of the HYM Investment Group that is developing the Suffolk Downs site, appeared before the City Council Tuesday to talk about the exciting project and the life science building planned for the 161-acre site.

O’Brien delivered a thorough presentation of the project that has been universally praised as transformative for the City of Revere (Two-thirds of the entire property is situated in East Boston).

O’Brien said there will be “dynamic uses” for the property that will include hotels, restaurants, retail space, and 10,000 units of housing. There will be 40 acres of open space.

“It’s the largest, single privately owned site to be permitted for this amount of square footage and this amount of development in the history of Massachusetts,” said O’Brien.

That’s an impressive accomplishment for HYM, and there is no doubt that the project will brings jobs, new residents, outdoor entertainment options, and prestige to the city. The project is another triumph for the bold vision of Mayor Brian Arrigo and the city leaders who have collaborated with the highly respected HYM group.

However, when the question-and-answer portion of the meeting began and it focused on the life science building and the research space in that building, Council President Gerry Visconti’s declaration that “This is not a debate” did not resonate with the speakers.

The shouting began with the second speaker who said, “It’s despicable with what’s going on. We’re not going to be nice.”

Visconti tried to end the tumult by calling for a five-minute recess, but it ultimately failed to calm down the crowd.

The main concerns focused on the type of research that would be done in the life science building.

“Mr. Visconti, do you know exactly the type of research that is going to be done here within the city of Revere, and is everyone aware that they experiment on animals?” asked Attorney Richard Chambers. “I’d like to know if there are going to be safeguards in place. We just went through a worldwide catastrophe with respect to viruses being released, and I think everyone in this room is concerned that there are people, children, families living within vicinity of this lab.”

Michelle Kelley, an attorney who raised several relevant questions at the last Council meeting, seemed to again sum up residents’ concerns about the life science building in an interview following the meeting.

“I’m not happy with the way the meeting went,” said Kelley. “It shows without a doubt that the Council and this city is not qualified or equipped to make these very important decisions that are going to affect everyone in Revere.”

Kelley did agree that O’Brien’s presentation was thorough, and the other aspects of the project are interesting. “I agree that he is knowledgeable in construction and building, but we have a lot of unanswered questions regarding the lab itself and what will go on in that lab, and how it will be regulated. His presentation fell short in that regard.”
Giant white pillars by Chris Brignola is licensed under Unsplash unsplash.com